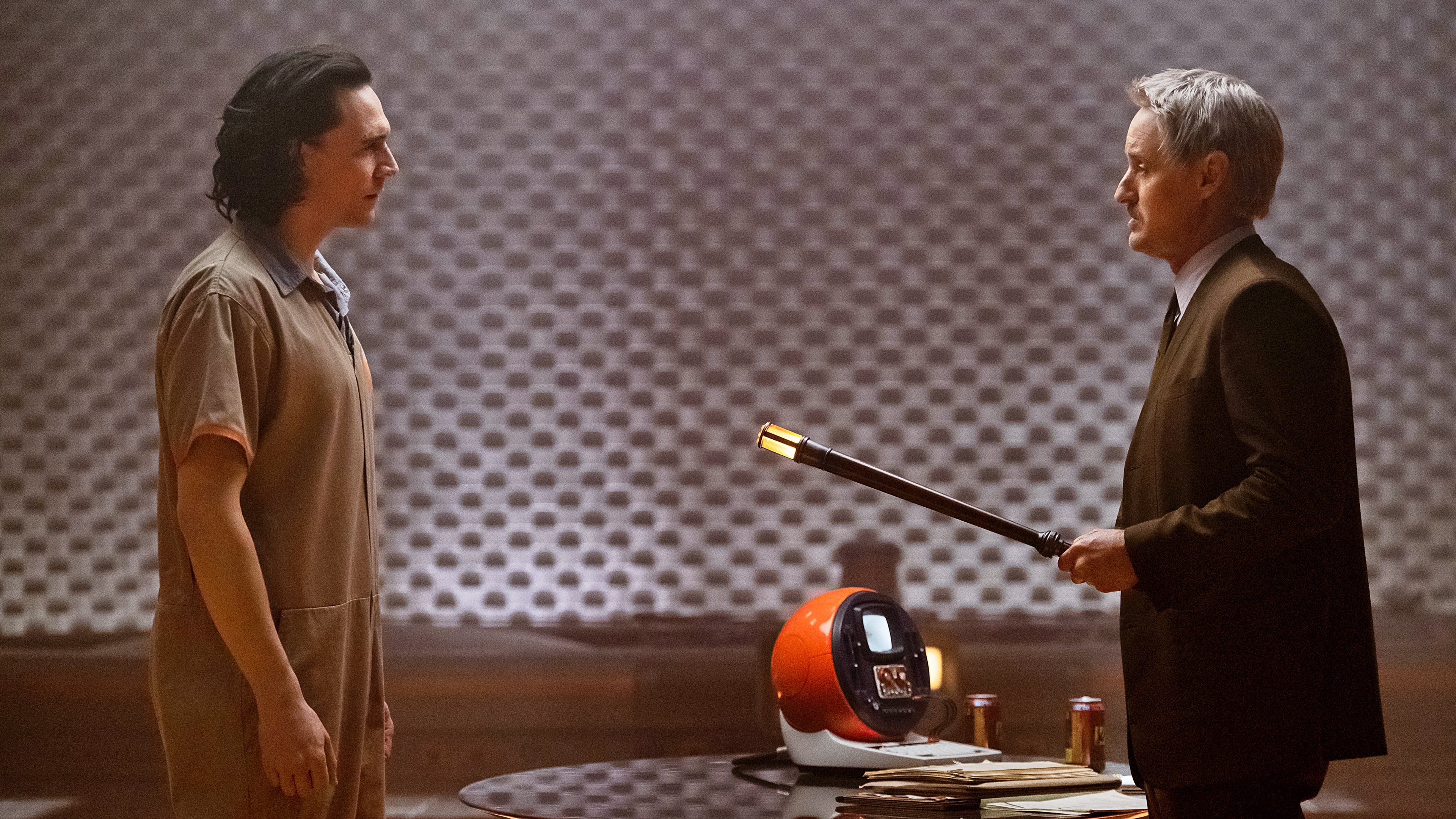 In the Gobi Desert, Mongolia, an alternative timeline version of Loki is captured by the Time Variance Authority (TVA) after escaping from the Battle of New York with the Tesseract in 2012 In the TVA’s headquarters, Judge Ravonna Renslayer accuses him of crimes against the Sacred Timeline. Loki believes the TVA should suspect the Avengers, as they went back in time, causing him to end up in this situation.

However, Renslayer counters this by saying the Avengers’ mission was meant to happen, but Loki’s escape was not. Following this, Agent Mobius M. Mobius takes Loki to the Time Theatre to review Loki’s past misdeeds and question his habit of killing and hurting people. Loki steals TVA tech to retrieve the Tesseract, but gives up escaping upon realizing that the TVA’s power exceeds his and that of the Infinity Stones.

Loki returns to the Time Theatre and witnesses a recording of his soon-would be future of his adoptive parents, Frigga and Odin’s deaths, and his own by Thanos’ hand. Realizing that his cruelty and mischief will not lead to his ascendance, Loki agrees to work with Mobius to protect the Sacred Timeline from a rogue variant of himself.