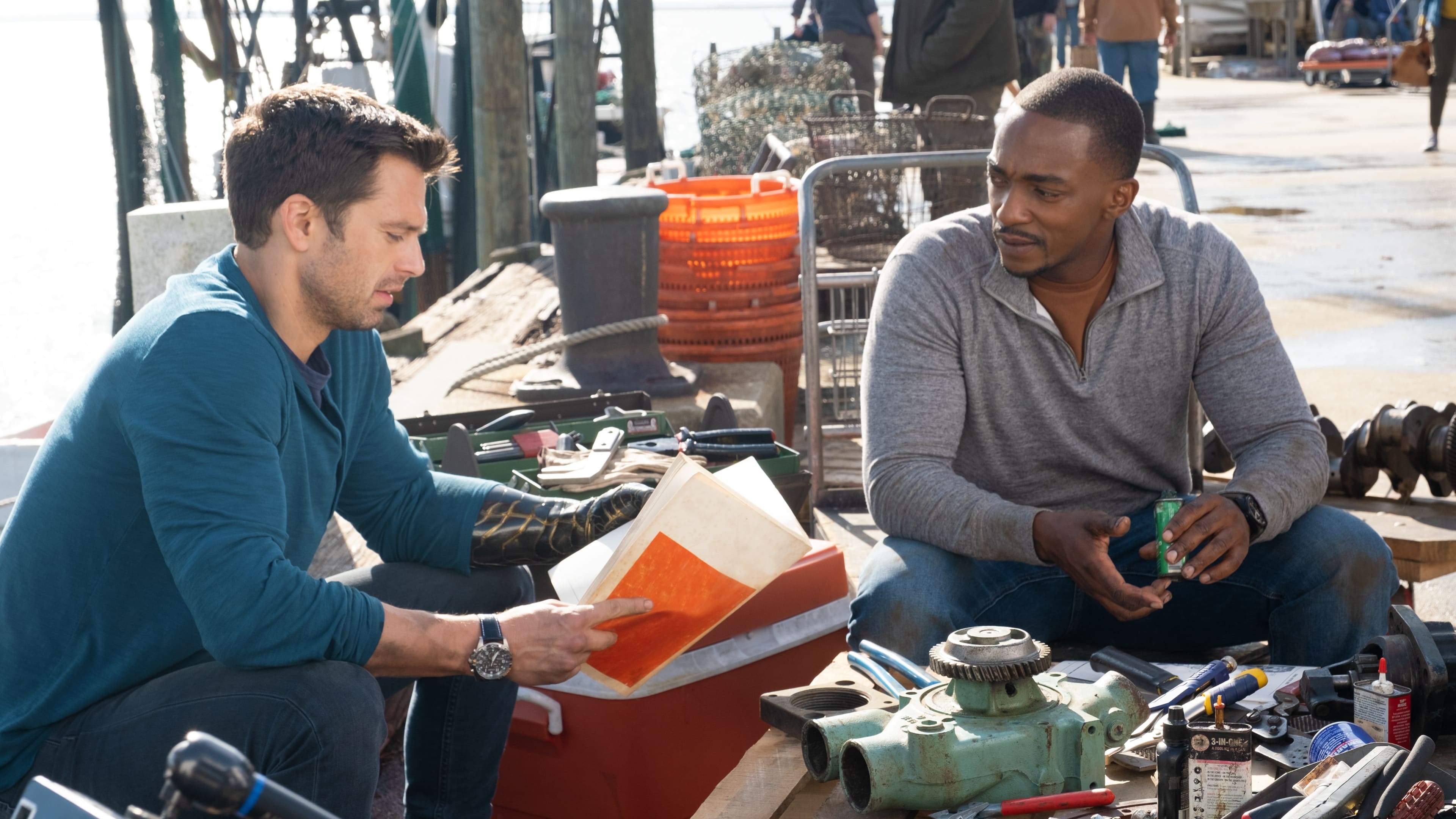 Wilson and Barnes demand the shield from Walker, leading to a fight in which Walker destroys Wilson’s wingsuit. Wilson and Barnes obtain the shield and break Walker’s arm. Barnes finds Zemo in Sokovia and hands him over to the Dora Milaje, while Walker receives an other than honorable discharge and is stripped of his title as Captain America.

Afterwards, Walker is approached by Valentina Allegra de Fontaine. Wilson leaves the damaged wingsuit with Torres and visits Bradley, who states his belief that a Black man cannot, and should not, be Captain America. Wilson returns home and helps fix the family boat, with assistance from several locals as well as Barnes who delivers a briefcase from the Wakandans to Wilson. Barnes and Wilson train with the shield and agree to move on from their pasts and work together.

The Flag Smashers plan an attack on a GRC conference in New York City and are joined by Batroc, who has been secretly hired by Carter. In a mid-credits scene, Walker builds a new shield from scrap metal and his war medals.