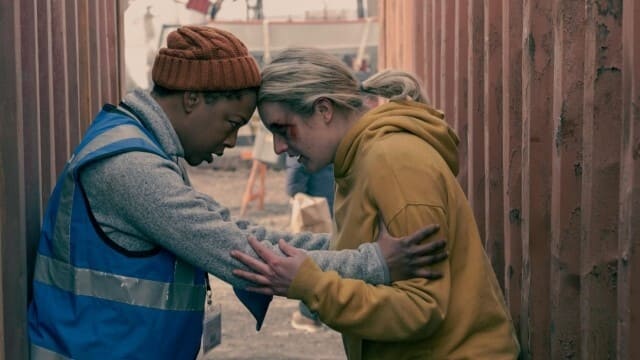 Moira convinces June to leave for Canada on the ship with the relief workers as the situation in Chicago has become chaotic with refugees desperate for supplies or to leave. On the way, June tries to escape in a lifeboat in a desperate bid to rescue Hannah, but Moira again convinces her to return to Canada and be reunited with Luke and Nichole. June has flashbacks to the times when she and Luke were planning their life together and when June became pregnant with Hannah.

On the way to Canada, the ship must first be checked by Gileadean patrol boats. After a tense exchange on board the relief ship, the team agrees to provide a false identity card for June to prevent her from being recaptured. Moira’s girlfriend Oona, who was in charge of the mission, ends their relationship as Oona previously stated it would jeopardise any further aid work by bringing back any refugees.

Eventually the ship arrives in Canada and June is reunited with Luke although she is wracked with guilt over leaving Hannah behind.