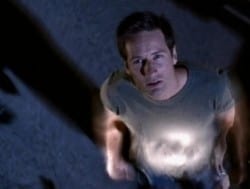 While being detained near the famed “Dreamland” Area 51, a strange craft flies overhead and Mulder swaps bodies with an Area 51 “Man-in-Black”. While the other agent has fun in Mulder’s body, Mulder himself finds it difficult to fit into someone else’s life, especially a shadowy one. Mulder contacts Scully about the body swap and tries to get her the flight data recorder from the UFO test flight, but his alter ego uses Mulder’s FBI persona to have him arrested. 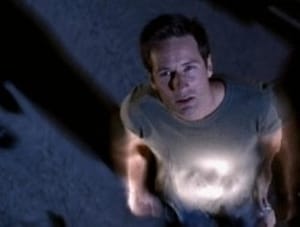