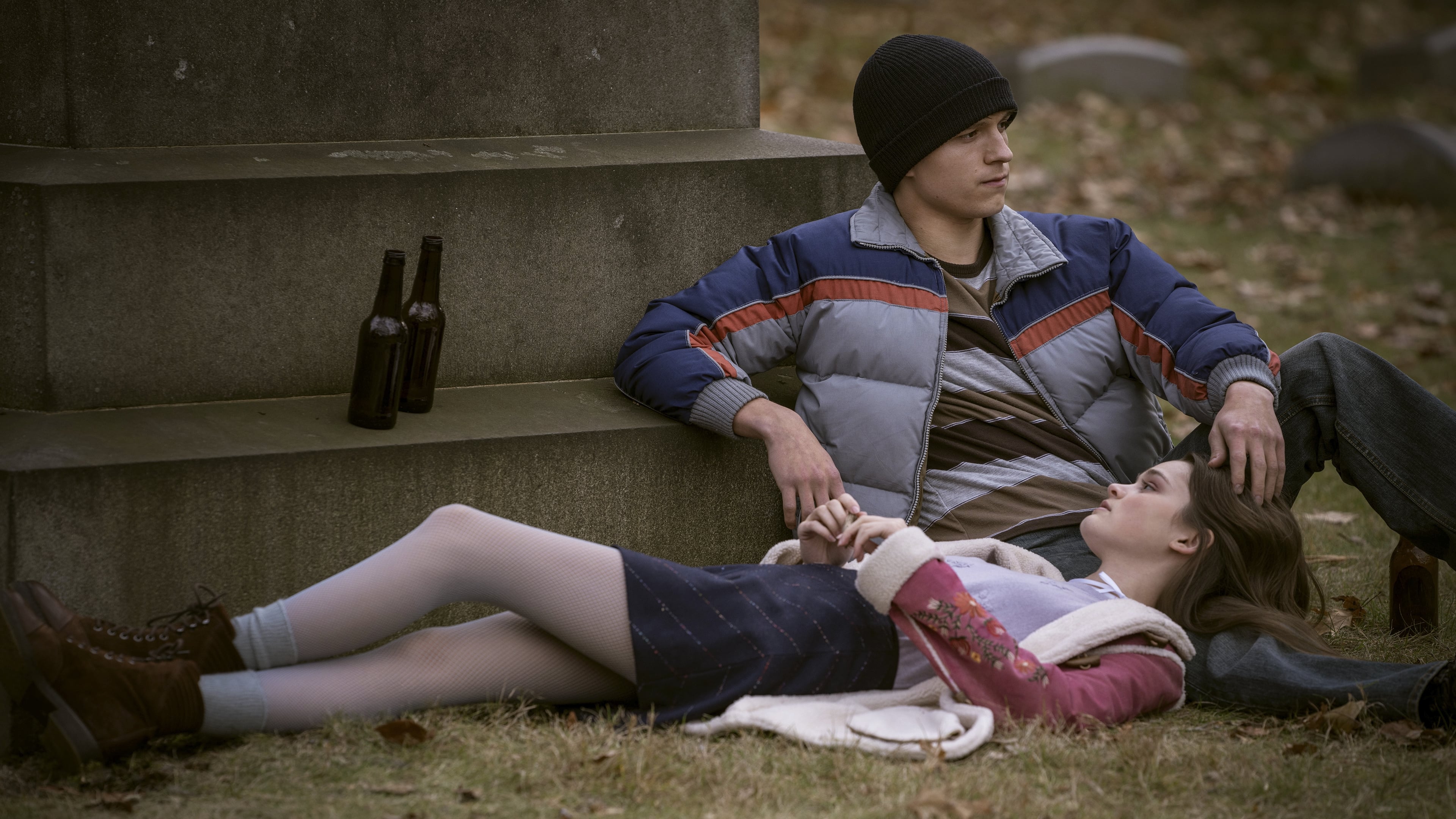 Cherry is a 2021 American crime drama film directed by Anthony and Joe Russo, from a screenplay by Angela Russo-Otstot and Jessica Goldberg, based on the novel of the same name by Nico Walker. The film stars Tom Holland, Ciara Bravo, Jack Reynor, Michael Rispoli and Jeff Wahlberg, and follows an Army veteran who resorts to robbing banks to support his opioid addiction.

Cherry was released in theaters on February 26, 2021, and will be digitally via Apple TV+ on March 12, 2021. The film received mixed reviews, with critics praising the performances of Holland and Bravo, but criticizing the screenplay and direction.

The unnamed combat medic (Tom Holland), returned home from tours in Iraq and Afghanistan, sits in a doctor’s office. He is clammy, sweaty, and twitching. Without showing any interest in what might be going on with the patient before him, without suggesting that perhaps psychological help is in order for the PTSD he clearly suffers from, the doctor asks, “Have you ever heard of OxyContin?” Doc writes the scrip, and before you know it, the medic is addicted, shooting up heroin with his wife, and robbing banks to get more cash. But to back up a little bit and give an example of how “Cherry” operates: on the doctor’s desk is a little plaque that reads: “DR. WHOMEVER.”