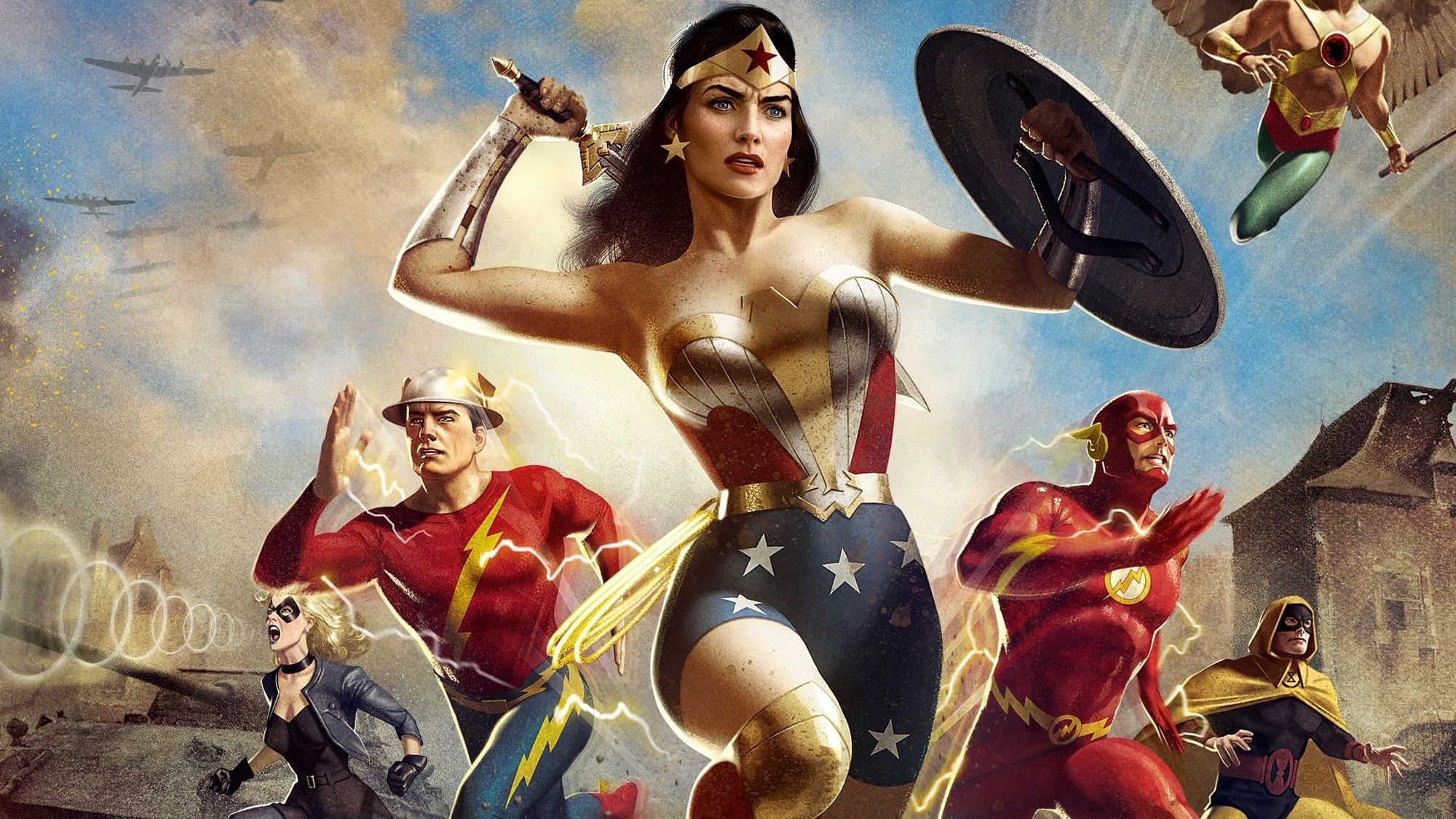 Justice Society: World War II is an American animated direct-to-video superhero film produced by Warner Bros. Animation and DC Entertainment. It is the 41st film in the DC Universe Animated Original Movies line. The film is directed by Jeff Wamester and starring the voices of Stana Katic, Matt Bomer, Elysia Rotaru, Chris Diamantopoulos, Omid Abtahi, Matthew Mercer, Armen Taylor, and Liam McIntyre. It tells an original story of the Flash ending up back in time to World War II where he meets the Justice Society.

Flash discovers that he can run even faster than he imagined, and that milestone results in his first encounter with the Speed Force. Flash is promptly launched into the midst of a raging battle during World War II between Nazis and a team of superheroes called the Justice Society of America. Led by Wonder Woman, the group includes Hourman, Black Canary, Hawkman, Steve Trevor and the original Flash Jay Garrick. The Flash quickly volunteers to assist his fellow heroes in tipping the scales of war in their favor, while the team tries to figure out how to send him home. But it won’t be easy as complications and emotions run deep.

While speeding off to help in an impromptu battle, The Flash blazes and rips through time, only to find himself dropped into the middle of World War II. It’s here that The Flash meets Wonder Woman and her top secret team, known as the Justice Society of America. Witness the raging tides of war, gripping combat and the velocity of valor as The Flash fights to get back to his own timeline!