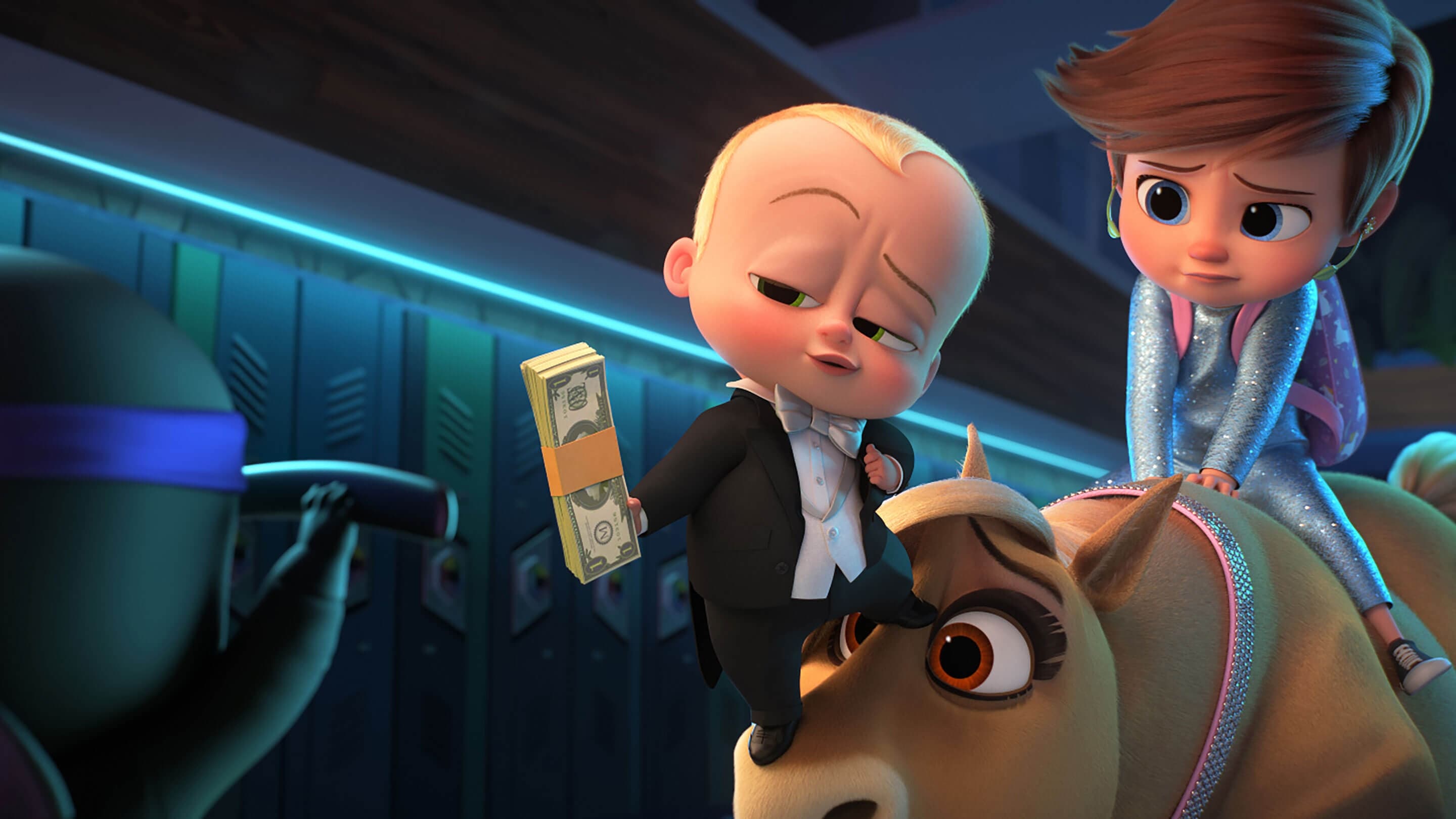 The Boss Baby: Family Business (known in other territories as The Boss Baby 2) is a 2021 American computer-animated comedy film loosely based on the 2010 picture book The Boss Baby and its 2016 sequel The Bossier Baby by Marla Frazee, produced by DreamWorks Animation, and distributed by Universal Pictures. The second installment in the The Boss Baby franchise and the sequel to the 2017 film, the film is directed by Tom McGrath, from a screenplay by Michael McCullers, and stars the voices of Alec Baldwin, James Marsden, Amy Sedaris, Ariana Greenblatt, Eva Longoria, Jimmy Kimmel, Lisa Kudrow, and Jeff Goldblum.

The plot follows the now-adult Templeton brothers (Baldwin and Marsden) who are brought back together after the new Boss Baby (Sedaris) requests their help to stop a professor (Goldblum) from erasing childhoods worldwide.

Tim and his Boss Baby little bro Ted have become adults and drifted away from each other. Tim is now a married dad. Ted is a hedge fund CEO. But a new boss baby with a cutting-edge approach and a can-do attitude is about to bring them together again … and inspire a new family business. Tim and his super-mom wife Carol live in the suburbs with their super-smart 7-year-old daughter Tabitha, and super-cute new infant Tina.

Tabitha, who’s at the top of her class at the prestigious Acorn Center for Advanced Childhood, idolizes her Uncle Ted and wants to become like him, but Tim worries that she’s working too hard and is missing out on a normal childhood. When baby Tina reveals that she’s—ta-da!—a top-secret agent for BabyCorp on a mission to uncover the dark secrets behind Tabitha’s school and its mysterious founder, Dr. Erwin Armstrong, it will reunite the Templeton brothers in unexpected ways, leading them to re-evaluate the meaning of family and discover what truly matters.