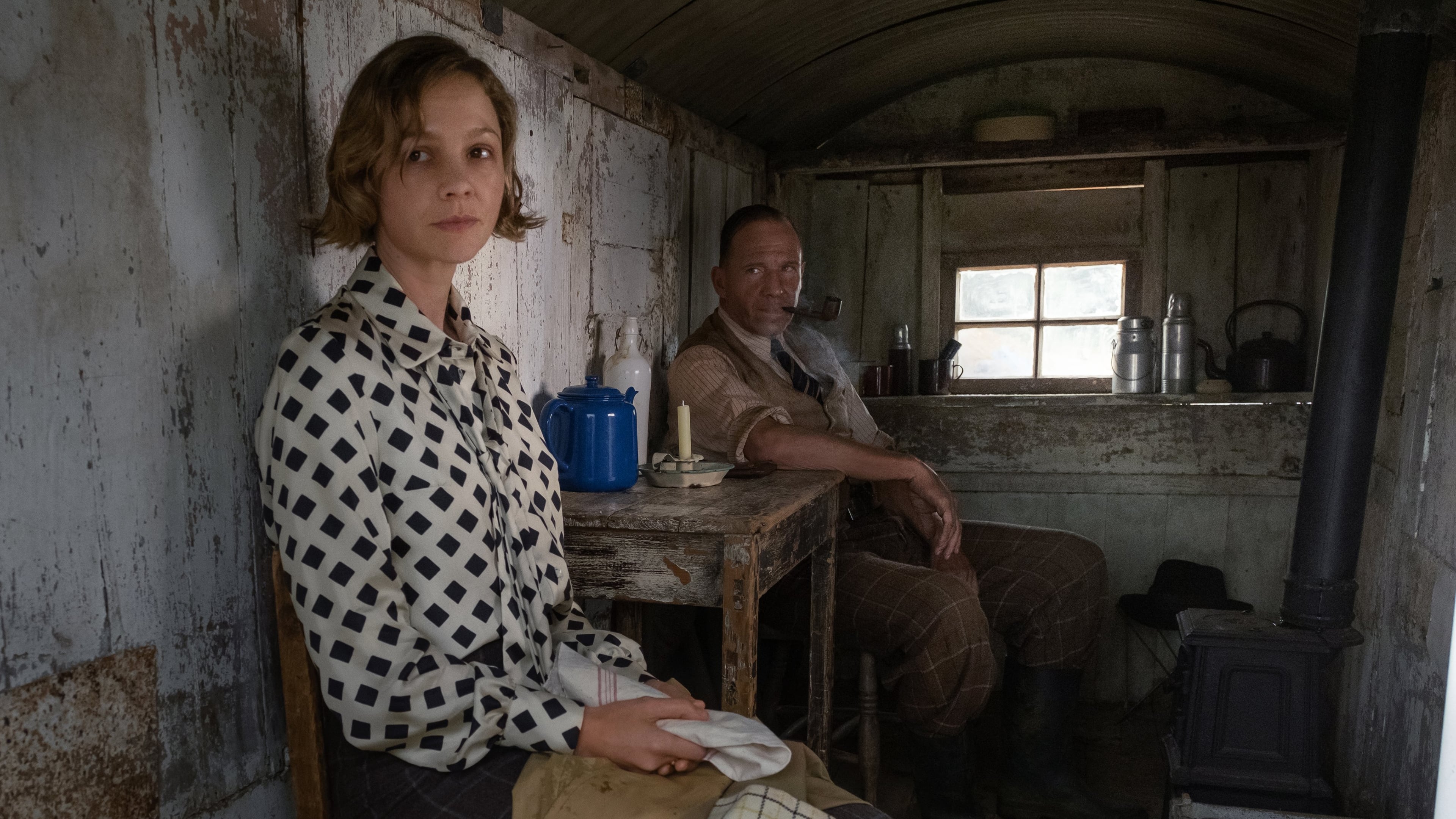 In 1939, Suffolk landowner Edith Pretty hires local self-taught archaeologist-excavator Basil Brown to tackle the large burial mounds at her rural estate in Sutton Hoo. At first, she offers him the same amount of money he received from the Ipswich Museum, about the minimum agricultural wage,[2] but he says it is inadequate; she ups her offer by 12% to £2 a week (approximately £120 in 2020), which he accepts.

His former employers try unsuccessfully to persuade Brown to work on a Roman villa they deem more important. They ignore Brown, who left school aged only 12, when he suggests the mounds could be Anglo-Saxon rather than the more common Viking era.

Working with a few assistants from the estate, Brown slowly excavates the more promising of the mounds. One day the trench collapses on him, but he is dug out in time and revived. Meanwhile, he spends more time with Edith, a widow, and her young son, Robert, and ignores daily letters from his wife, May. Edith struggles with health issues and is warned by her doctor to avoid stress.

Brown is astonished to uncover iron rivets from a ship, which could only make it the burial site of someone of tremendous distinction, such as a king. Prominent local archaeologist James Reid Moir attempts to join the dig but is rebuffed; Edith instead hires her cousin Rory Lomax to join the project. News of the discovery soon spreads, and Cambridge archaeologist Charles Phillips arrives, declares the site to be of national importance, and takes over the dig by order of the Office of Works.