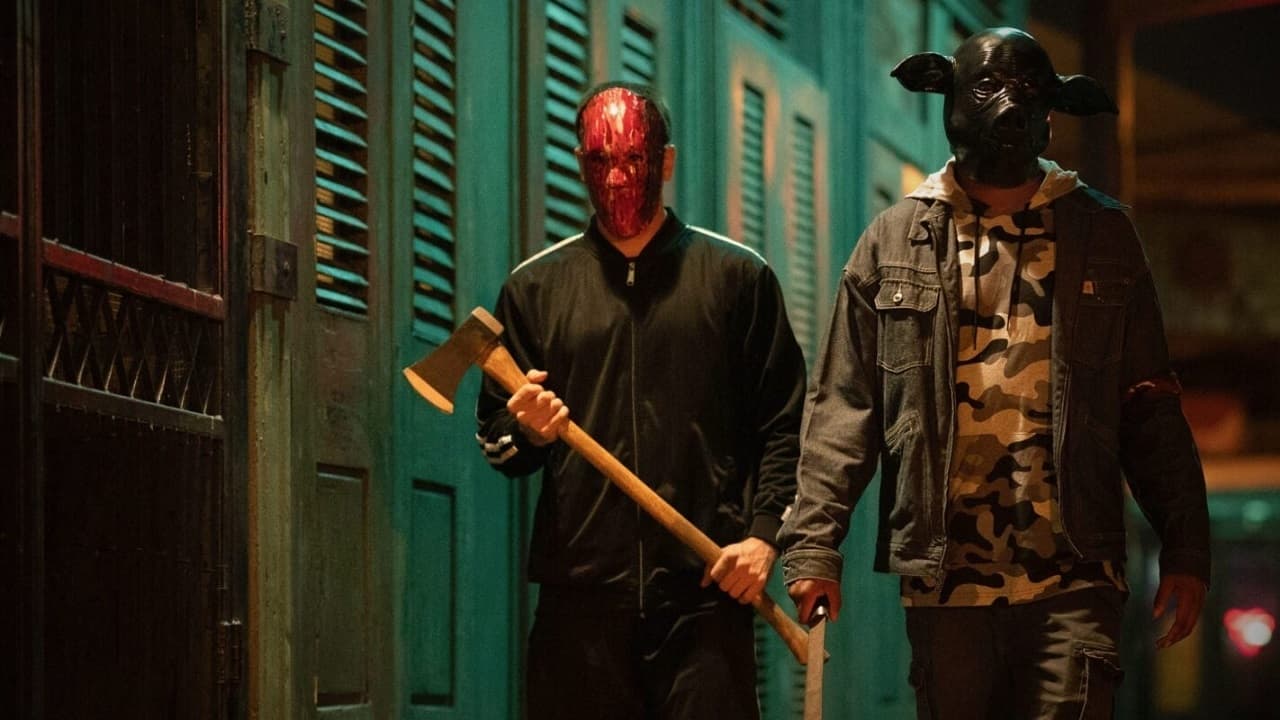 The Forever Purge is a 2021 American action horror film that is the fifth and final film of The Purge franchise, and serves as a direct sequel to 2016’s The Purge: Election Year. It is directed by Everardo Valerio Gout, written by series creator James DeMonaco, who also produced alongside Jason Blum and Michael Bay. The film stars Ana de la Reguera, Tenoch Huerta, Josh Lucas, Cassidy Freeman, Leven Rambin, Alejandro Edda, and Will Patton, and follows a group of ranchers who go on the run after numerous people continue committing crime after the ending of the Purge.

Two terms following the election of Charlene Roan, the New Founding Fathers of America have regained control of the U.S. government and reinstituted the annual purge with its original rules. Elements of white supremacy and nativism have surged in America with the re-election of the NFFA, leading many outside of the ruling party to become concerned that the upcoming first Purge in eight years will fester and become more than just a yearly excise of the country’s demons.

Fleeing a Mexican drug cartel, two married migrants named Juan and Adela illegally cross the border into Texas with the aid of a guide under a border wall. Before departing, the guide tells them to “follow the roses” if they encounter trouble. Ten months later, on the eve of the next annual Purge, the two of them have built a life in America with Juan working as a farmhand on the Tucker ranch and Adela working in a shop near Austin. Dylan Tucker resents Juan and other migrants working on his farm, but his father Caleb urges Juan to look past his hostility to see the good beneath. Meanwhile, Adela helps a fellow recently arrived migrant learn how to better work and speak English.

During the Purge, Juan and Adela join a migrant community behind a walled sanctuary with armed security to protect them. Adela witnesses a group of Purgers declaring themselves the Purge Purification Force, intending to “disinfect” those that they consider non-American. The group passes by without hostility, and the migrant community survives the Purge without incident. Come the morning, Juan and Adela return to their jobs, but both notice that a significant number of their co-workers did not report to work that day.

Adela is attacked by two Purgers who insist that the real Purge was just beginning, but is rescued by her boss Darius before both are arrested by police. Juan and fellow migrant T.T. discover that the Tucker family has been taken hostage by the other farmhands, who intend to take the Tucker ranch for themselves in the spirit of the “Forever Purge.” Caleb distracts the farmhands long enough for Juan and T.T. to arm themselves with the Tuckers’ guns, but is executed during the rescue. Dylan’s sister Harper and pregnant wife Cassie offer Juan a ride in their truck to search for Adela.

While the news on the radio struggles to make sense of why so many people continued to Purge after the annual period had ended, the police van carrying Adela is ambushed by more Purgers. Juan and the Tuckers arrive in time to rescue her before they all flee from Austin. At a gas station, they hear a news report that despite the conclusion of the Purge having been signaled, many cities in the country continued to experience what was known as the “Ever After Purge,” overwhelming local emergency services in the chaos.

To protect civilians, the Canadian and Mexican governments offered to open their borders to refugees for the next six hours, following which the borders would close and entry would be denied to all. The survivors decide to flee across the Mexican border through El Paso before time expired.

By the time they arrived, however, the NFFA – condemning the Ever After Purge due to their politicians and representatives becoming victims of it – invoked martial law in all fifty states in an effort to contain the violence. In response, Mexico announces the closure of its borders early, leaving those who tried to cross it vulnerable to Purgers.

Juan and Dylan discuss the latter’s feelings toward Mexican migrants. Dylan insists that he does not hate Juan or Mexicans as a whole, stating that he only believes that their two races should not mingle for their own protection. Fighting through the streets of El Paso, the survivors resolve to cross by any means necessary. Harper and Cassie are split from the others by the military forces, leaving Juan and Adela to separately guide the others by following several rose markings through downtown. Juan and his group are captured by the Purge Purification Force, with their leader (referred to as “Alpha”) offering Dylan and Harper a chance to live if they killed Juan and T.T.

They refuse, leading the Purgers to kill T.T. before the military intervenes and allows the others to escape. However, the military is soon forced to withdraw from El Paso and concede it to Purgers when their base is destroyed in an explosion. Meanwhile, Adela ably protects Cassie from other Purgers, revealing that she and her husband had once been trained to fight against the cartel before they had come to America.