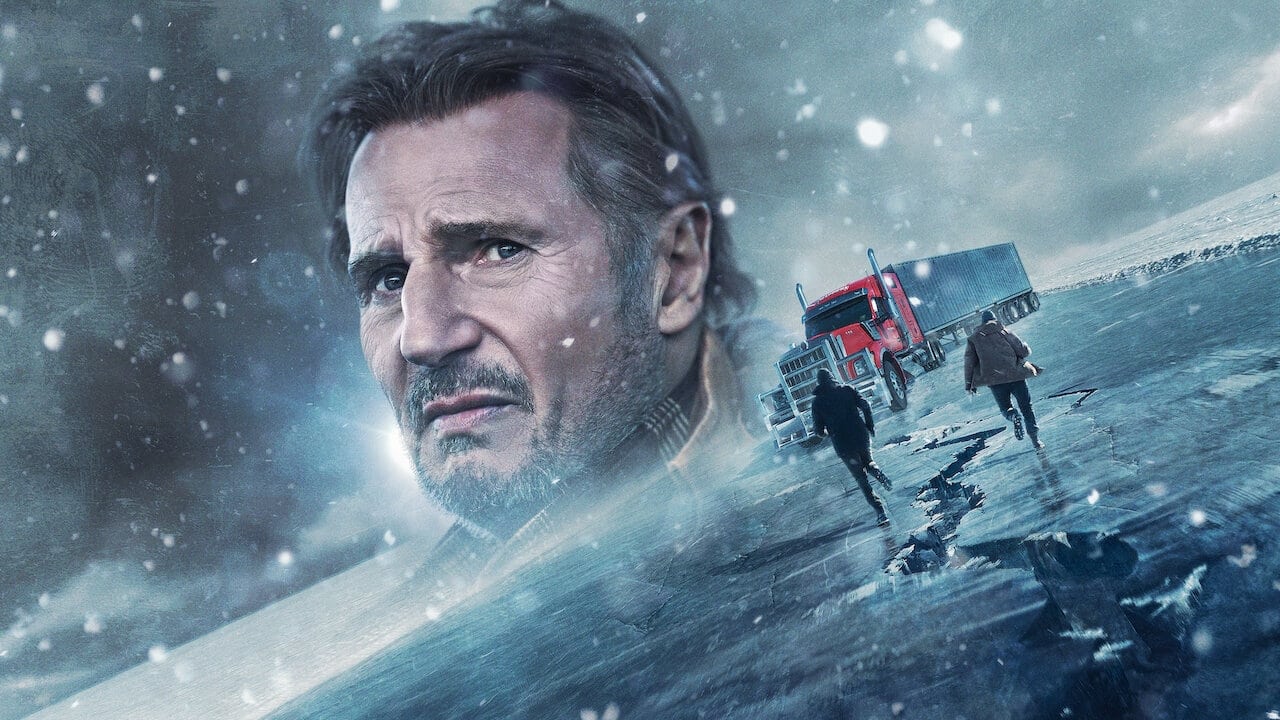 An explosion at a mine in Manitoba traps 26 miners. Mike McCann and his brother Gurty are employed by a trucking company. Gurty is an Iraq War veteran suffering from PTSD and aphasia. When Mike punches another trucker for referring to Gurty as a “retard”, they are both fired.

Mike receives an alert for ice road truckers needed in Winnipeg, and they decide to apply. Jim Goldenrod, another ice road trucker, agrees to lead a dangerous rescue mission to help deliver three wellheads to the mine. He hires McCann and Gurty, along with a young woman, Tantoo. Also joining is actuary Varnay, who claims to be responsible for insurance risk assessment. Meanwhile, the miners communicate with Katka executives through Morse code. Katka General Manager Sickle transmits the message that they plan to free the men by blasting the tunnel.

The team leaves for the mine. They are forced to take the old bridge which is not as stable as the newer bridge, but necessary in order to get the wellheads to the miners in time. During the trip, Goldenrod’s engine seizes. While attempting to repair it, his leg breaks and gets trapped on a cable as his trailer falls through the ice. Determining that he can’t escape, he demands Tantoo sever the strap attaching him to the other truck, killing him but saving the other rig and wellhead. Tantoo does so and Goldenrod drowns. They flee a rapidly approaching pressure wave and the cracking ice. The trucks fishtail and capsize, spreading the weight of the trucks and stopping the pressure wave.

Mike and Varnay accuse Tantoo of sabotaging Goldenrod’s rig so she can claim the entire $200,000 payment for herself. Tantoo reveals her brother Cody is amongst the miners. When they continue to interrogate her, she pulls a pistol, but Gurty disarms her and ties her up. After the men right the trucks, Varnay locks Mike and Gurty in the back of their rig.

Varnay is revealed to have been the one who sabotaged Goldenrod’s rig, and knocks Tantoo unconscious. Varnay rigs Mike’s truck with dynamite and drives off with Tantoo. Mike and Gurty escape from the trailer and throw the dynamite away. Varnay watches the explosion from afar, believing that Mike and Gurty are dead.

While winching their trailer out of the ice, the winch snaps and causes Gurty to fall into the water. Mike rescues Gurty and resuscitates him. Varnay meets with Sickle to tell him Mike and Gurty have been eliminated. Sickle instructs Varnay to kill Tantoo and ensure the wellheads don’t arrive. Varnay prepares to kill Tantoo, but is bitten by Gurty’s pet rat Skeeter, enabling Tantoo to throw him out of the rig.

He is able to disconnect her fuel equalizer as she tries to flee in the truck. Tantoo radios for help from Mike and Gurty. They arrive and kill Katka contractors pursuing them. It is revealed that Katka instructed the miners to cut off the methane sensors as it couldn’t afford to shut down the mine due to safety concerns.

After Tantoo runs out of diesel, Mike crashes his rig into Varnay’s truck. Varnay survives and travels to higher ground, where he creates an avalanche with dynamite, forcing Mike, Gurty, and Tantoo to flee in their trucks. Mike and Gurty escape, but Tantoo is hit by snow and impaled through the shoulder by a branch. They uncouple her trailer and all drive off with the last wellhead. Varnay pursues with Tantoo’s rig and begins ramming them. Mike boards Varnay’s rig and both men fall from the truck.

After a struggle, Mike attempts to drive away, but Varnay climbs on top of the roof of the rig. Mike accelerates and dives out of the rig, sending it into a patch of ice, where it falls through the surface, taking Varnay with it. Tantoo and Gurty make it across the bridge as the suspension cables begin to snap.

After crossing, the truck starts sliding backwards and Gurty is crushed between the rig and the bridge gate as he struggles to close it. Mike makes it to the bridge gate where he comforts a dying Gurty. Gurty dies in Mike’s arms. Mike and Tantoo arrive with the wellhead as the miners are near death and rescue them. After learning the truth, the Katka CEO has Sickle arrested for his actions.

Three months later, Tantoo is working in Goldenrod’s garage as a mechanic while Mike purchased a gold-colored truck, in honor of Jim and is now working as an independent truck driver delivering sporting goods.