Revelation is a direct sequel series to the original series Masters of the Universe. Featuring He-Man, Orko, Cringer, and Man-At-Arms, the story features them as guardians of Castle Grayskull in a battle against Skeletor, Evil-Lyn, Beast-Man and the legions of Snake Mountain. But after a final battle forever fractures Eternia, it’s up to Teela to solve the mystery of the missing Sword of Power in a race against time to prevent the end of the Universe. Her journey will uncover the secrets of Grayskull at last.

The war for Eternia begins again in what may be the final battle between He-Man and Skeletor. A new animated series from writer-director Kevin Smith. 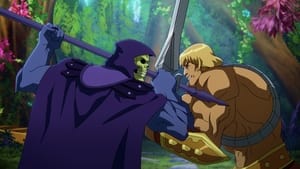