The Equalizer is an American crime drama television series that premiered on CBS on February 7, 2021. It is the second reboot in the franchise, following the 2014 film and its 2018 sequel and is a reboot of the series with the same name.

The series is co-created by executive producers Richard Lindheim, with Michael Sloan, and Queen Latifah, who also stars as the title character. John Davis, John Fox, Debra Martin Chase, Andrew Marlowe and Terri Miller also serve as executive producers. Lindheim passed away from heart failure on January 18, 2021 while working on the series; the series premiere is dedicated to his memory.

Robyn McCall, an enigmatic former CIA operative with a mysterious background, uses her extensive skills to help those with nowhere else to turn. 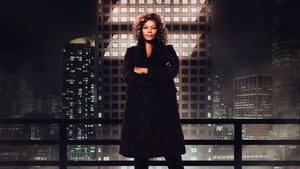